Episode 108 - Jav And His Magnificent Pudenda

Google suspends engineer who claims its AI is sentient

Google has placed one of its engineers on paid administrative leave for allegedly breaking its confidentiality policies after he grew concerned that an AI chatbot system had achieved sentience, the Washington Post reports. The engineer, Blake Lemoine, works for Google’s Responsible AI organization, and was testing whether its LaMDA model generates discriminatory language or hate speech.

The engineer’s concerns reportedly grew out of convincing responses he saw the AI system generating about its rights and the ethics of robotics. In April he shared a document with executives titled “Is LaMDA Sentient?” containing a transcript of his conversations with the AI (after being placed on leave, Lemoine published the transcript via his Medium account), which he says shows it arguing “that it is sentient because it has feelings, emotions and subjective experience.”

Google believes Lemoine’s actions relating to his work on LaMDA have violated its confidentiality policies, The Washington Post and The Guardian report. He reportedly invited a lawyer to represent the AI system and spoke to a representative from the House Judiciary committee about claimed unethical activities at Google.

Corporate Network Access Selling for Under $1000 on Dark Web 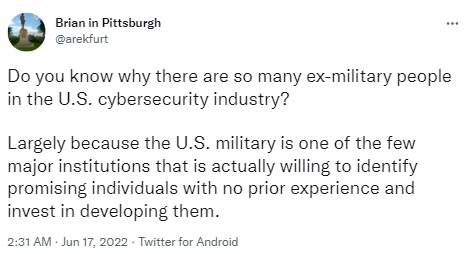