Episode 115 - We're All Going On a Summer Holiday

29th July 1985: An article in the New York Times cited multiple experts who alleged the vote counting systems of Computer Election Systems are vulnerable to tampering.

COMPUTERIZED SYSTEMS FOR VOTING SEEN AS VULNERABLE TO TAMPERING

6th August 1997: Microsoft Buys $150M of Apple stock.  In an effort to help save Apple Computer and possibly deflect criticism in its own anti-trust trial, Microsoft Corp. buys $150 million in shares of Apple Computer Inc. Apple, which had been struggling to find direction and profits for years, agreed to the boost in funding with terms that dictated cooperation in the design of computers as well as shared patents. Microsoft agreed to continue supporting MS-Office for the Mac for another five years as well.

The government of India has scrapped the Personal Data Protection Bill it's worked on for three years, and announced it will – eventually – unveil a superior bill.

The bill, proposed in 2019, would have enabled the government to gather user data from companies while regulating cross-border data flows. It also included restrictions on sharing of personal data without explicit consent, proposed establishment of a new Data Protection Authority within the government, and more.

On Wednesday, telecom minister Ashwini Vaishnaw tweeted that the bill was nixed because the Joint Committee of Parliament (JCP) recommended 81 amendments to the Bill's 99 sections.

"Therefore the bill has been withdrawn and a new bill will be presented for public consultation," said Vaishnaw.

Plan to educate the children turned out to be a 'won't someone think of the children?' moment

The UK's Parliament has ended its presence on TikTok after MPs pointed out the made-in-China social media service probably sends data about its users back to Beijing.

The existence of the account saw half a dozen MPs write to the presiding officers of the Houses of Lords and Commons — Lord McFall of Alcluith and Sir Lindsay Hoyle, respectively — to ask for the account to be discontinued.

"While efforts made to engage young people in the history and functioning of parliament should always be welcomed, we cannot and should not legitimise the use of an app which has been described by tech experts as 'essentially Chinese government spyware'," wrote MPs Nusrat Ghani, Tim Loughton, Sir Iain Duncan Smith, Tom Tugendhat, plus Lord Alton of Liverpool and Baroness Kennedy of the Shaws.

Argishti Khudaverdyan, 44, of Burbank, California, was found guilty of 14 criminal charges [PDF] by a US federal jury on Friday.

According to the Dept of Justice, Khudaverdyan co-owned a T-Mobile US store in Los Angeles, operating as a business called Top Tier Solutions, for about five months in 2017.

T-Mo ended its contract with Khudaverdyan in June 2017 after being sketched out by his suspicious use of the carrier's computer system. It turned out he had been unlocking phones for customers without T-Mobile US's permission so that the devices could be used on different networks.

Even after the self-styled un-carrier gave him the boot, he continued his illicit scheme, advertising unlocking and unblocking services through brokers, email spam, and websites that Khudaverdyan and Gharehbagloo controlled, such as unlocks247[.]com and swiftunlocked[.]com. 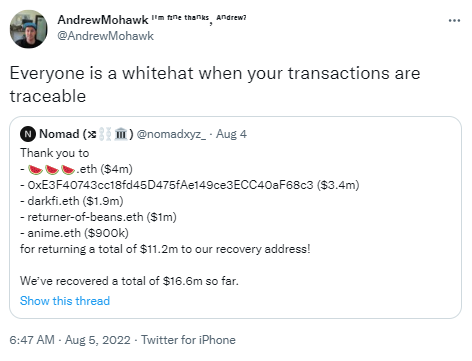