This week in InfoSec takes us back to the first ever report of a computer bug Rant of the Week goes all Machine from Person of Interest Billy Big Balls is a theoretical story of how to overcome anti-cheating measures when the world is watching you Industry News brings us the latest and greatest security news stories from around the world And Tweet of the Week is a bold strategy Cotton, let’s see if it works out for them

9th September 1947: An error in the Mark II computer at Harvard University was due to a moth trapped in a relay. The moth was attached to the log book with notation "first actual case of bug being found."

11th September 1992: The movie "Sneakers" was released. With a budget of $35 million, it grossed $105 million at the box office. A hacker movie classic! Bishop, Whistler, Cosmo, and Mother!

Google and Meta fined over $70m for privacy violations in Korea

The PIPC's beef is that neither Google nor Meta properly obtain consent or inform users on how they collect and use data, particularly with regards to behavioural information used to predict interests for marketing and advertising purposes.

The data watchdog claims Google hides the setting screen to agree or disagree to collection methods and sets the default to "agree" while Meta only asks for agreement when a user creates an account and does so in unclear ways.

A surveillance artist shows how Instagram magic is made

When traveller Daniele Brito posed in front of the Temple Bar in Dublin, Ireland in late August, she likely didn’t realize the camera was watching her.

Yes, there was the one pointed at her, capturing a photograph that would later be shared to Brito’s more than 2,700 followers on Instagram. But there was at least one other one observing her: a surveillance camera stationed on the corner opposite the bar.

The furore kicked off when Norwegian chess champion Magnus Carlsen announced he was withdrawing from the Sinquefield Cup, a lucrative tournament which attracts some of the world’s best chess players.

Carlsen posted on Twitter to say he was leaving the tournament, but gave no explanation why.

US Treasury Sanctions Iranian Minister Over Hacking of Govt and Allies 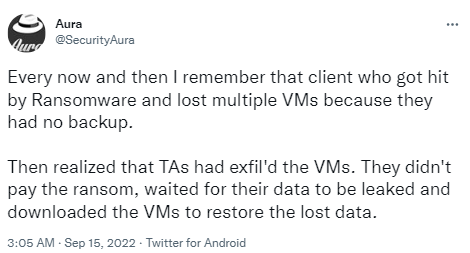