This week in InfoSec Reminds us of the world's most popular operating system Rant of the Week is a story about big corps exploiting workersand hard working security professionals. Billy Big Balls is the password killer Industry News brings us the latest and greatest security news stories from around the world And Tweet of the Week is a response which is not wrong

29th October 1969: The first message sent over the ARPANET was from Leonard Kleinrock’s UCLA computer, sent by student programmer Charley Kline at 10:30 PM to the second node at Stanford Research Institute’s computer in Menlo Park, California.

The message was simply "Lo." But not on purpose.

An ex-TikTok moderator, who was paid $10 a day and had to scroll through child abuse and gun violence, was required to keep her webcam on all night, report says

A Colombian ex-moderator for TikTok said she was required to keep her webcam on all night, according to a report by The Bureau of Investigative Journalism.

TBIJ spoke to nine moderators who shared their experience but requested that their identity remained secret for fear they might lose their jobs, or risk future employment prospects. All names have been changed, according to the outlet.

Carolina, a former TikTok moderator who worked remotely for Teleperformance, a Paris-based company offering moderation services and earned $10 a day, said she had to keep her camera continuously on during her night shift, TBIJ reported. The company also told her that no one should be in view of the camera and was only allowed a drink in a transparent cup on her desk.

Related: https://www.bbc.com/news/technology-57088382 Facebook moderator: ‘Every day was a nightmare

CIISec and (ISC)² announced as pilot participant partners to assess candidates under the pilot programme.

The UK Cyber Security Council has announced it is set to usher in the country’s first chartered cyber professionals through a pilot scheme.

The first two specialisms kickstarting the pilot are Cyber Security Governance and Risk Management and Secure System Architecture and Design.

The Council has confirmed it will partner with two pilot participant bodies – (ISC)² and The Chartered Institute of Information Security (CIISec) – for the pilot, with the organisations responsible for assessing applications from their membership base, against the Council’s newly established professional standard.

Elon Musk walks into an office with a sink.

Apple’s Killing the Password. Here’s Everything You Need to Know

For years, we’ve been promised the end of password-based logins. Now the reality of a passwordless future is taking a big leap forward, with the ability to ditch passwords being rolled out for millions of people. When Apple launches iOS 16 on September 12 and macOS Ventura next month, the software will include its password replacement, known as passkeys, for iPhones, iPads, and Macs.

Passkeys allow you to log in to apps and websites, or create new accounts, without having to create, memorize, or store a password. This passkey, which is made up of a cryptographic key pair, replaces your traditional password and is synced across iCloud’s Keychain. It has the potential to eliminate passwords and improve your online security, replacing the insecure passwords and bad habits you probably have now.

Apple’s rollout of passkeys is one of the largest implementations of password-free technology to date and builds on years of work by the FIDO Alliance, an industry group made up of tech’s biggest companies. Apple’s passkeys are its version of the standards created by the FIDO Alliance, meaning they will eventually work with Google, Microsoft, Meta, and Amazon’s systems.

DHL Replaces LinkedIn As Most Imitated Brand in Phishing Attempts

Medibank Backtracks: All Customer Data Was Exposed to Hackers 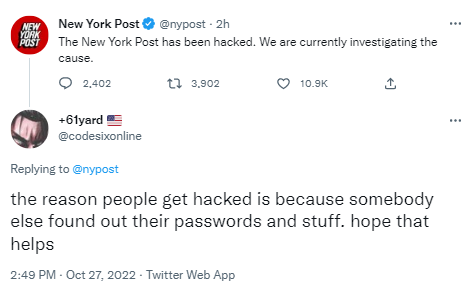