The MP4/MP3 Format wars continue apace. Ground is gained on both sides, but an impasse is the only inevitable end. This week in Infosec Tweet of the Week Billy Big Balls Rant of the week Will we have a Little people today?

Haribo feature heavily this week, with Andy and Jav fighting over how much and how they should be delivered.

In 1995 it became the property of SecurityFocus, in 2002 Symantec acquired SecurityFocus, and the last message was posted to the list on February 25th, 2020, with no explanation from Symantec. https://en.m.wikipedia.org/wiki/Bugtraq

13th November 2012: John McAfee went into hiding because his neighbor Gregory Faull was found dead from a gunshot the day before. Belize police wanted McAfee to come in for questioning, but McAfee stated the police were “out to get him”.

Has the Rise of Identity Seen the Death of Anonymity?

Malicious Use of SSL Increases as Attackers Deploy Hidden Attacks 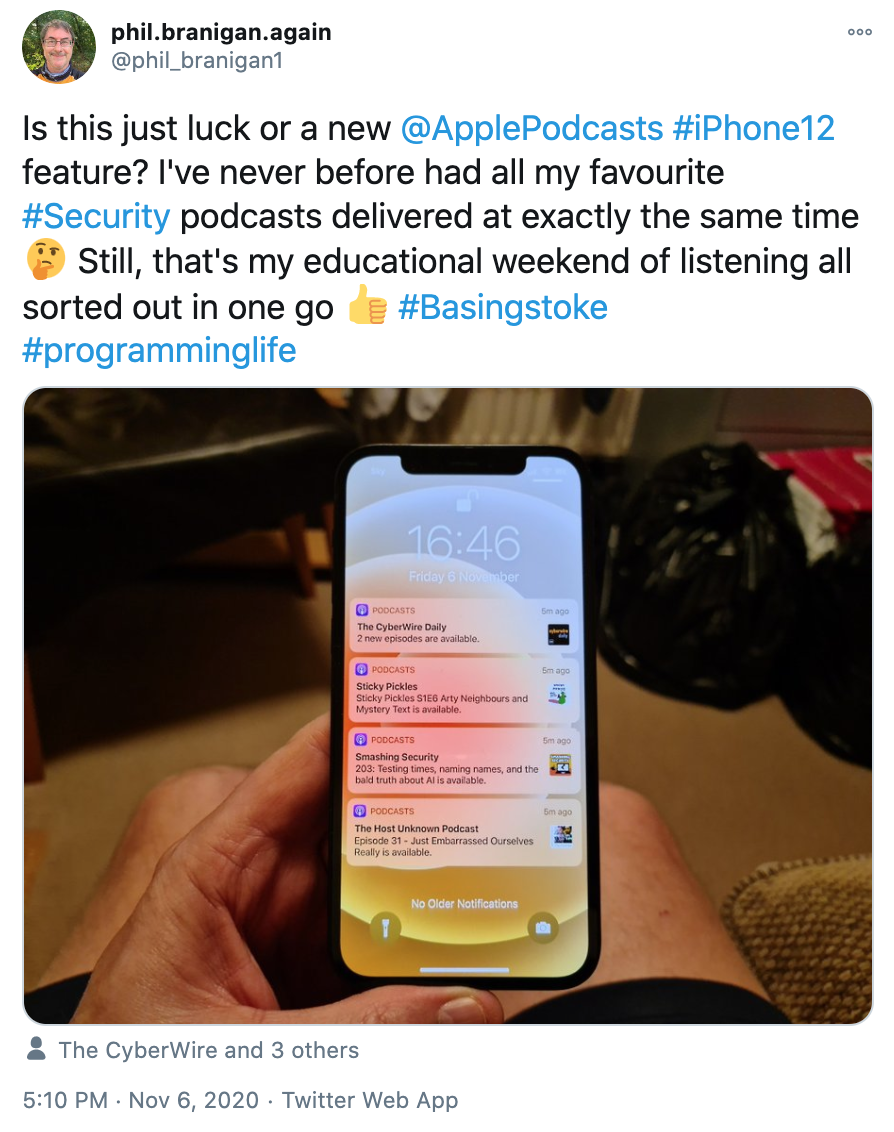 But also a story brought to our attention by @mat:

Google Photos is ending unlimited storage and people are not happy