The one with the bad audio, although special guest star Graham "from the Smashing Security Podcast" Cluley still sounds like he has a voice like dripping honey. New Year, New Podcast, New Kit, New Co-Host! Smutty or Security? This week in Infosec Rant of the week Billy Big Balls Industry News Tweet of the Week Will we have a Little people today?

Welcome back to the New year and the new look Host Unknown, with a slightly less ethnically diverse lineup than usual, but, but still the same average quality and distinctly suspect ethics you have come to expect from Host Unknown.

This week Thom displays his love of the Animaniacs, Andy has audio issues and Graham has the voice of a midnight hour radio show host.

Graham wins by a nose and a euphemism.

6th January 1982: The final draft of the script for the movie WarGames was printed. Due to the Cold War and relative ignorance about remotely accessible computers, the film released in 1983 scared the hell out of politicians, the military, and adults. And inspired a generation of hackers!

8th January 1986: "The Hacker Manifesto" was written by Loyd Blankenship (aka The Mentor) and originally titled "The Conscience of a Hacker".  8 months later it was published in issue 7 of the hacker zine Phrack.

9th January 2001: Macromedia, the maker of the Flash media player, claimed that Flash was secure because it was "a constrained environment by design".

End of the road for Flash

WhatsApp is forcing users to agree to sharing information with Facebook if they want to keep using the service.

The update is designed to “offer integrations across the Facebook Company Products”, which also includes Instagram and Messenger.

Some of the data that WhatsApp collects includes:

The company warns users in a pop-up notice that they "need to accept these updates to continue using WhatsApp" - or delete their accounts.

But…. some good news! 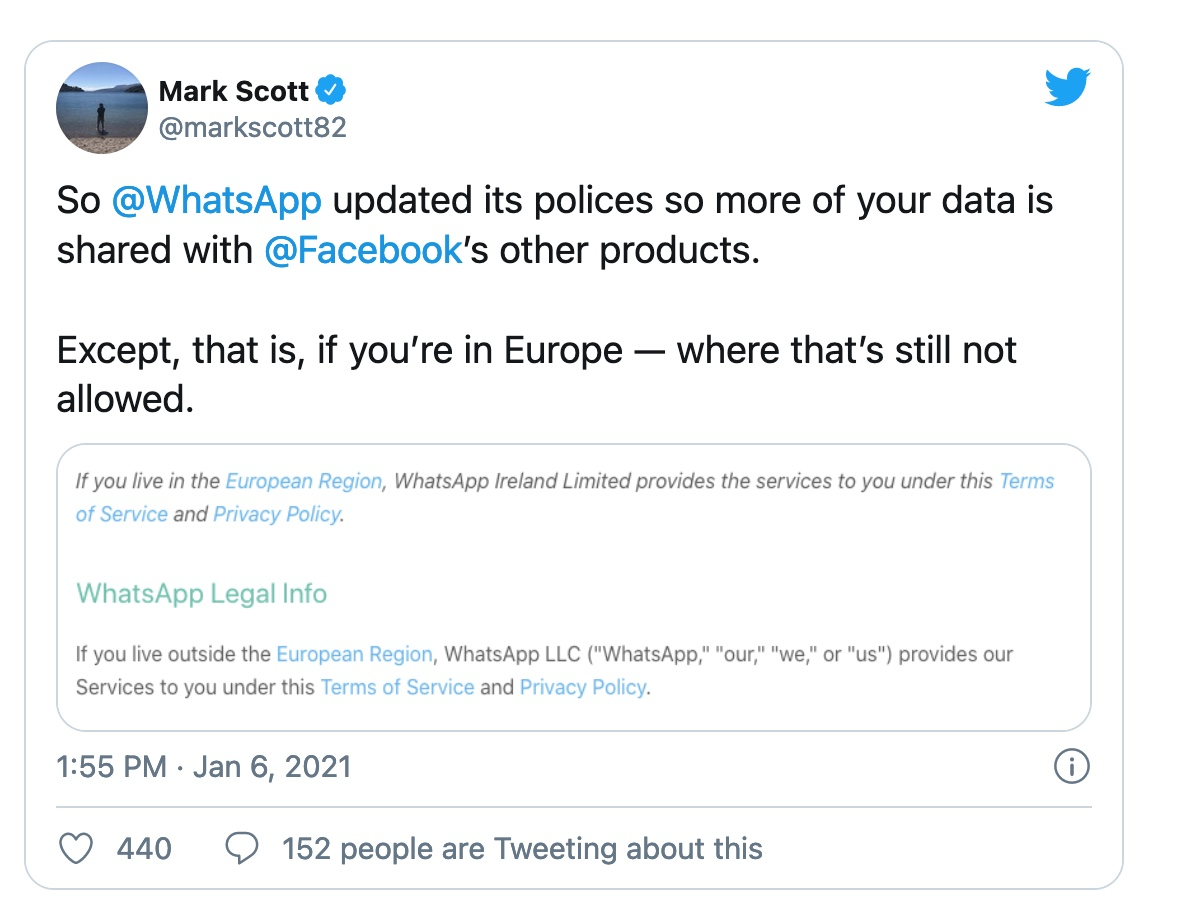 And the UK is still considered part of the “European region”, even if we’re not in the EU.  Yes, we are still Europeans in 2021!

However, the new version of the privacy policy for European users explicitly says that data can be shared with other Facebook companies to show personalised advertising and offers, make suggestions for content, and "help" to complete purchases, among other reasons.

In 2018, the founders of WhatsApp quit FB over disagreements about privacy and encryption.  Walking away from $850 million...

If they can walk away from $850 million, surely WhatsApp users can switch to Signal.

Elon Musk has become the wealthiest person on the planet, surpassing Amazon CEO Jeff Bezos, thanks to the continued rise in Tesla’s stock price. Musk is now worth around $188 billion, according to Bloomberg’s Billionaires Index.

Musk eclipsing Bezos’ own extravagant personal wealth of around $187 billion marks the latest development in a years-long rivalry between the two tech magnates.

Encrypted messaging app Signal says it’s seeing a swell of new users signing up for the platform, so much so that the company is seeing delays in phone number verifications of new accounts across multiple cell providers.

As for what or who is responsible for so many new users interested in trying the platform, which is operated by the nonprofit Signal Foundation, there are two likely culprits: Tesla CEO Elon Musk and Signal competitor WhatsApp. 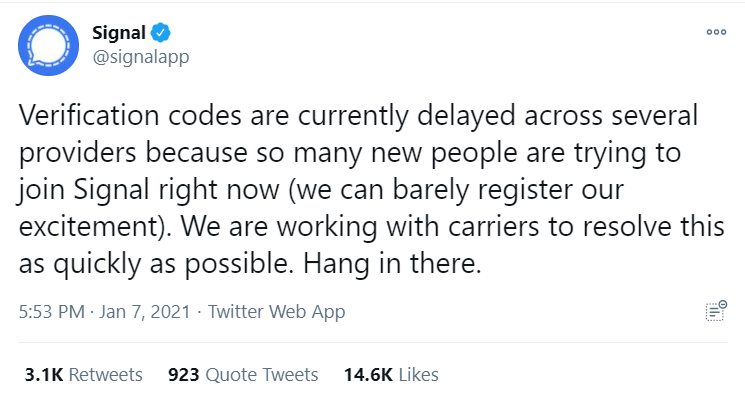 US: Fewer Than 10 Govt Agencies Hit by SolarWinds Attack

Graham from the Smashing Security podcast:

Due to travel restrictions, the USA had to organize a coup at home this year.

You can’t even do this shit on GTA

Graham from the Smashing Security podcast:

If there is still any question about how rhetoric can manifest into action, that question has been answered today.

They Pushed Me Out And Maced Me