Episode 76 - Our Best Episode Ever

This week in Infosec Who amongst us can say we have never been fooled. Fool me once, shame on you, fool me… again... shame something something... Rant of the Week: has some serious questions about the people who installed security cameras in a store As Seen on Tik Tok breaks down the Facebook outage for us quicker than even Smashing Security could Industry News brings us the latest and greatest security news stories from around the world And Tweet of the Week asks a question… We haven’t decided if it’s a would you rather? Or whodunnit?

8th September 2009: FBI director Robert Mueller disclosed that his wife banned him from banking online after he nearly fell for an email phishing scam.

3rd October 2017: A week after he retired as the result of Equifax's data breach, former CEO Richard F. Smith told members of Congress one person in the IT department was at fault.

How the Equifax hack happened, and what still needs to be done

IKEA: Cameras were hidden in the ceiling above warehouse toilets for 'health and safety'

IKEA has removed hidden security cameras from its warehouse in Peterborough, England, after an employee spotted one in the ceiling void while using the toilet.

Facebook has admitted buggy auditing code was at the core of Tuesday’s six-hour outage – and revealed a little more about its infrastructure to explain how it vanished from the internet.

As described by rey.nbows on TIK TOK

Infosec Experts: Twitch Breach “As Bad as it Gets” 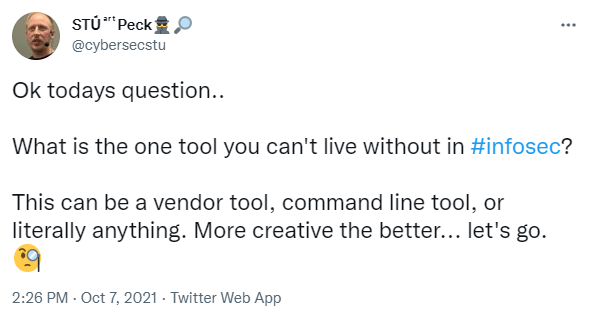 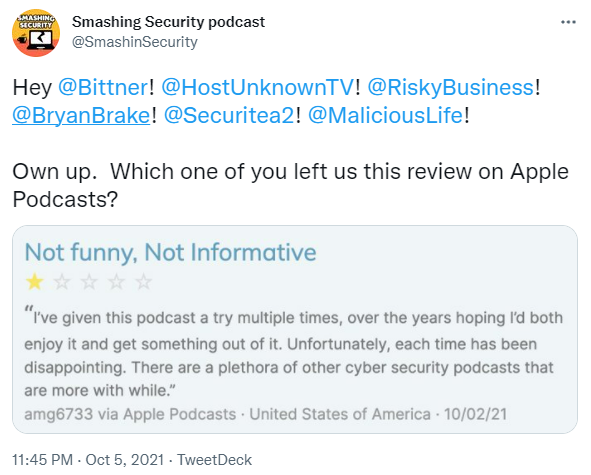